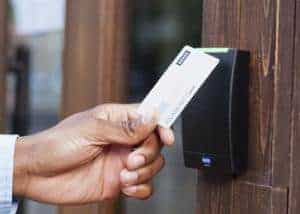 How do these cards prox work? Basically, the card is a low-power radio transmitter which sends a code to the reader. The reader determines if the code is valid and if the holder has the appropriate access rights. If so, it grants access by unlocking a door or taking some other action.

This kind of card is known as an RFID (radio frequency identification) card. RFID is a very widely used technology, with uses as varied as tagging merchandise and identifying pets. Modern technology has made RFID circuits low in cost and small enough to fit in almost anything.

The card contains a chip with a programmed code and a printed-circuit antenna. Most contactless cards don’t have their own batteries. The reader emits an electromagnetic field, called the excite field. It provides the small amount of power the card needs.

With most models, the card has to be within a couple of inches of the reader to receive enough power and transmit a signal. The short read range makes it very hard for anyone to intercept the signal.

When a card receives power from the reader, it transmits its code. It’s in an encrypted form containing the holder’s ID and other data. Only the reader has the decryption code, so it’s very hard to forge a card.

Usually proximity cards have the same dimensions as a credit card and are a bit thicker, so they fit conveniently in a wallet. They’re also available in other forms, such as key fobs.

Proximity cards operate on certain frequencies. The most common are 125KHz Prox Cards and 13.56 MHz Mifare Cards. The amount of data sent is very small. Standard formats include 26, 34, and 37 bits. The 26-bit Wiegand format is the most common, but manufacturers use hundreds of different formats. Replacing a reader with one from a different manufacturer will usually require reprogramming or replacing all the cards.

A business can order programmed cards from the vendor as needed. Larger organizations can get programming equipment to issue their own cards.

The cards can be used for hotel rooms, office buildings, high-security areas, elevators, and parking facilities. They’re especially helpful where swiping a card in a reader is inconvenient. In parking lots and garages, drivers only have to reach within range rather than lean out and insert (and possibly drop) a card. This keeps traffic moving quicker. The reader can be shielded against weather, since there’s no need to expose its circuitry.

Revoking a card is easy. All that’s necessary is to remove its ID from the list of authorized cards. It’s also easy to change a card’s access. The central authorization system can add or remove authorized locations or change access times.

The system can log all uses of a card, including unsuccessful ones. A series of attempts to use one at an unauthorized location can indicate either that it has been stolen or that the holder is trying to do something improper. The system manager can put a card on hold until the issue is resolved and then either reactivate it or permanently revoke it. The holder of a stolen card can get a new card with a different code.

Proximity cards are competitive on price with magnetic stripe cards, considering that they last longer. They’re taking over many markets that used to rely on cards which require swiping, thanks to the convenience they offer. 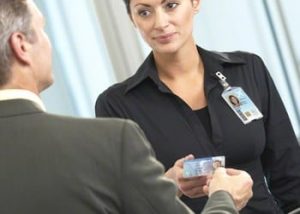 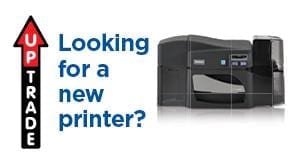